APPEAL TO PARENTS: Do not take children to the beach without swimming trunks and do not share such pictures on social networks – Polyclinic for the Protection of Children and Youth of the City of Zagreb 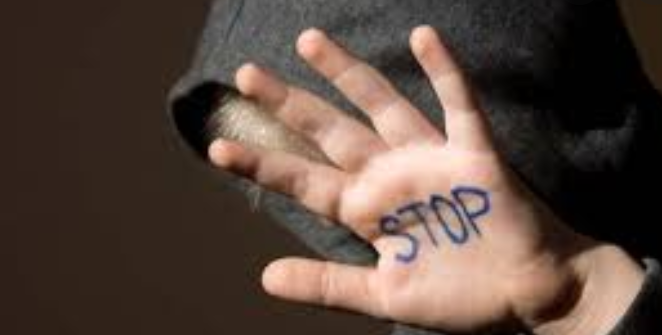 In recent weeks, all the media have reported that 13 years after the disappearance of British 4-year-old girl Madeleine McCann in Germany, a 43-year-old man suspected of her kidnapping and murder from a tourist apartment in the Portuguese resort of Praia da Luza has been arrested. According to currently available information, the girl was also sexually abused. It is understandable that the thought of what happened to this little girl causes fear, disgust and anxiety in parents and children who find out about it from the media. In addition, at the end of July in Istria, several foreign tourists were arrested for filming naked children on the beach with hidden cameras, which contributed to further anxiety of parents and the feeling that their children are the target of predators every day. Is there reason to panic? Not to panic, but to prevent it.

Kidnappings and sexually motivated murders of children unfortunately occur, but not as often as sexual abuse of children “in a family and friendly environment”: every fifth child in Croatia and in the world is sexually abused, and it is a real, almost daily danger, from which we need to constantly protect children.

Kidnappings and sexually motivated murders of children are so shocking that it is understandable that the media devotes a lot of space to them, which increases public awareness related to this topic.

Sexually motivated murders are not a new form of crime nor have they existed until recently, and their first sanction was recorded in the 15th century: Gilles de Rais, a military commander and one of Joan of Orleans’ followers, was sentenced to death for raping, torturing and killing large numbers of children.

Murders in which the victims are children and young people are the category of murders that is the least explained by the findings of previous research. Research examining the differences between sexually motivated homicides and sexual abuse of children that do not end in the deaths of victims is relatively rare.

Few authors who have investigated the differences between sexually motivated homicides and adult sexual abusers point out that sexually motivated homicides are more likely to be unmarried, diagnosed with antisocial or schizoid personality disorders, paraphilias and sexual sadism, have sexual deviance and sexual deviance. they had not had contact with their victims before.

Some authors find that, similarly to perpetrators of sexually motivated adult homicide, sexually motivated perpetrators of child homicide scores significantly higher on the psychopathy checklist, are more likely to have a history of psychosis, paraphilia, antisocial personality disorder, sexual sadism, and do not know the victim. until earlier. They have weaker social and interpersonal skills. The perpetrator’s choice of the child as a victim is related to the child’s weakness, vulnerability and accessibility.

Despite this causing us fear and dread, we need to know that child sexual abuse does not always begin with abduction and does not end with the rape and murder of a child. If we expect that the possible perpetrators of child sexual abuse are dangerous strangers, this can lead us to a false sense of security. Such a misconception can lead to us losing our attention and not paying enough attention to the fact that 90 percent of sexual abuse happens to children of famous people. In Croatia, as in the world, every fifth child is sexually abused, ie every fourth girl and every sixth boy.

Thus, pedophiles and sexual abusers are most often children known to children, people we trust, family members, relatives and close friends. Because they are close family members and friends, children are afraid that if they talk about what is happening to them, they will be responsible for the breakup of the family and / or that they will not be trusted. They have been silent for years, so the delay in disclosure, ie the passage of time from when the child was sexually abused until the child or later an adult speaks, is 10 to 16 years.

Without intending to panic, I want to warn parents that sexual abusers are looking for places where their children are available, if not for physical contact then at least for photography or video recording since pictures of children can be used for sexual arousal.

The second is that they cannot satisfy their sexual needs in a relationship with another adult, even though 52% of child sexual abusers are married.

The third is that they can have a physiological reaction triggered by the very presence of a child or by looking at a picture or video of a child that excites them, whether the child is dressed or not, or even just fantasizing about that child.

The younger and more innocent children are, the more excited sexual abusers are

Given that sexual abusers today have a variety of modern technologies at their disposal, we should not expose children naked either on beaches or by posting such photos and / or videos of them on social media. It is best that children do not appear naked or without swimming trunks on the beach, or outside the house at all, because we can not protect them from hidden cameras (for example in a pen, watch, etc.) that we can not even notice.

I say this in order to draw attention to what most people cannot comprehend at all – that an adult can be sexually aroused in a small child. And summer is a time when we give abusers opportunities.

Research has shown that 30% of those convicted of possession of child pornography and live abuse abused children. If they can’t reach the child live, then they use pictures of children for sexual arousal. They connect via the Internet and share such content. Every look at that filmed undressed child with the intent of sexual arousal is a new abuse of that child.

I repeat, it is very important that both we and the children know that child sexual abusers do not look like monsters and it is not written on their foreheads what their intentions are. Rather, they are kind people who know how to approach children, what music they listen to, what movies they watch, what games they play… and how to talk to them about it. That is why it is very important to teach children the methods of self-protection and to develop trust between parents and children in order to trust their child.

Children should be told that their bodies belong only to them, that no one should paint them without parental permission, that no one should touch them, that rules of good and bad touch should be set, that no one should look at them, paint or touch intimate body parts. nor ask them to touch or look at other people’s intimate body parts. Children need to be explained what is meant by a stranger, but that sexual abuse is not only done by strangers, and how to say NO despite teaching them decency. Children need to be taught that when they feel threatened and scared, confused and embarrassed, it is more important to say NO and run away than to be polite. They also need to be explained the difference between a good and a bad secret. For example, a bad secret is one that makes us feel uncomfortable hiding something, as opposed to a good secret when preparing a surprise for mom – a birthday present.

Sexual abuse of children must not be shrouded in secrecy, so that the child can talk honestly and freely with the parents. Parents should not be afraid of such conversations, because only information and education appropriate to the age and development of the child protect the child. If children do not have the right information from parents and teachers about the dangers of sexual abuse and if it is a taboo subject, then we leave room for pedophiles to teach them in their own way. In my many years of practice, I have worked with more than 1,600 sexually abused children, both in Croatia and in some other countries during my specialization, and I have heard from “my” children various explanations by which abusers justify what they do to them, such as: shows love between father and daughter “,” That’s what everyone in Sweden does “,” I’d better teach you than some drool ” to penetration, so it’s not sexual abuse, “” It was nice to her, too, and she enjoyed it. “

I especially want to warn parents not to post nude pictures of children on social media.

Once upon a time, pictures of small children on the beach without bathing suits were common because we didn’t know what we know today. Today, when we know all this, let’s protect children! Once we post such a picture or video of a child on the internet, it is impossible to control where that picture or video may end up. I often ask parents how they would feel if someone took their old pictures from the album when they were children and they were taken naked, so now he shows those pictures to passers-by on the street. They would not feel comfortable, just as their children probably will not feel comfortable with these pictures when they grow up.

This is really not a negligible problem, and many parents are not aware of it. When I mention in lectures that parents post an average of 195 pictures of their children on social media each year, it usually causes disbelief in the audience. But research shows that (according to Blum and Ross, 2015; Brosch, 2016; Leaver, 2017):

– 83% of parents announce their date of birth

– 33% of parents publish a birth certificate

For all this, I appeal to parents not to create a digital identity of the child with their naked photos / videos. In this way, they put children at risk of having their images used for child pornography, and each new look at a child’s picture / video with the aim of sexual arousal represents a new sexual abuse. In addition, a large number of children I work with have begged me to influence their parents to stop posting and sharing their photos and videos because they don’t want their parents to create their digital identity for them that they didn’t know, couldn’t influence and weren’t asked for consent.