B&H uses 40 percent more antidepressants than before: How can psychotherapy help?? 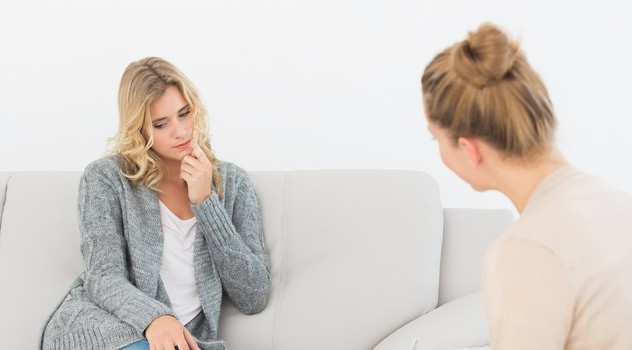 Retrieved from Klix.ba
Although to a lesser extent than before, the characteristic of the average person of the modern age in the world, even in our country, is that he does not take enough care of his mental health.

We talked about this topic with gestalt psychotherapist Mirela Badurina, a doctor in health sciences from Sarajevo.

Data from the Agency for Medicines and Medical Devices of Bosnia and Herzegovina obtained by the Klix.ba portal show that the distribution and use of antidepressants in the four-year period from 2009 to 2012 increased by as much as 40 percent. From the group of antidepressants, paroxetine (Seroxat), sertraline (Zoloft) and fluoxetine (Prozac) had the highest consumption. In addition, the use of benzodiazepines, ie “sedatives”, has increased.you can read here. The tendency to prescribe and use antidepressants and benzodiazepines for different types of psychological difficulties is widespread, and often psychological problems can (and very often must) be adequately treated with the help of psychotherapy as one of the often neglected ways of mental health care.

We tend to hide our suffering from others

Psychotherapist Mirela Badurina states that we often tend to hide the symptoms of suffering from others, and people who have mental health problems mostly hide it because of feelings of shame, inadequacy and shame from stigma.

“For that reason, they often do not seek help, and thus certainly contribute to increasing the risk of developing mental disorders and diseases. Irresponsibility towards one’s own mental health contributes to the development of very unpleasant consequences, not only for mental health but also for physical health,” said Badurina. In interview for Klix.ba.

Explains that it was previously thought that there were two groups of people – the “healthy who have no problems” and the “sick” who have big problems, and that there is a huge gray space in between.

Each of us has potential for both health and illness

“Today we know that this is not the case and that each of us has the potential for both health and disease. We all have mental disorders, in every age group. Each of us can feel states of discomfort, anxiety, tension that are most often caused by environmental factors. is transient. However, the preoccupation of today’s man to strive for the ideal, happiness, satisfaction, success, but also the stigma of mental problems, can keep an individual longer in a state of tension and discomfort that can eventually result in mental disorder. Then the behavior begins to deviate from the usual behavior of individuals, and interferes with and impairs his / her emotional, cognitive and social functioning. When a person suffers, so do his family members, but also his / her environment, ”explains Badurina.

She states that mental disorders are related to other health problems, and when we look at the costs of treatment, they are among the most expensive diseases to treat.

Today, psychotherapy, as a form of help, is increasingly in demand in the world. It is said that psychotherapy is too good to be reserved only for the “sick.” Indeed, the benefits of psychotherapy are numerous. While drugs work from changing the biology of the brain to changing the behavior of the person suffering, psychotherapy works in the opposite direction.The most common first choice of intervention is psychotherapy, especially for children and adolescents, and people with symptoms When a person suffers from a mental illness, the combination of pharmacotherapy and psychotherapy gives the best results. Mental health care can be compared to the process of awareness and maturation, and is part of each individual’s responsibility to create their own life. “

“Scientists point out that mental disorders are a more common cause of illness and premature death than physical illness, and estimate that depression will be the second leading cause of global disease burden over the next five years, and the first leading cause of global disease burden by 2030. “Early detection and treatment, and rehabilitation and improvement of mental health, and thus general health, certainly contributes to the well-being and economic benefits of the individual and society. Therefore, mental health care should be a factor in creating a better life,” said Mirela Badurina in an interview for Klix.ba.

Why do people most often ask for help?

From her experience in psychotherapy practice, Badurina states that people seek help primarily because they feel bad, and most often because of feelings of depression, apathy, helplessness, sadness, anger, or because of thoughts of failure, failure, inadequacy.

Psychotherapy or counseling is often sought because of a behavioral problem or conflict with others. Parents often bring adolescent children because they refuse to go to school, have learning difficulties, (self-) destructive behavior, or often complain of somatic problems. , headaches, stomach aches, indigestion. Very often help is sought for partner problems and high-conflict divorces. Sometimes the news of a chronic, complex and prognostically uncertain illness brings a person and family into a psychotherapy space, “says Badurina, adding that psychotherapeutic help , are most often sought by parents because they notice changes in behavior in their children, adolescents, and adults, most often between the ages of 30 and 55.

Until recently, it was women who sought psychotherapy more often than men, however, recently, according to the interlocutor, there is a change in this trend, so we can say that almost equally men and women seek psychotherapy as a form of help for a better and healthier life. .