How to Help Your Kids in One of the Most Stressful Experiences: They Are Not Guilty of Divorcing Mom and Dad – Factor.ba 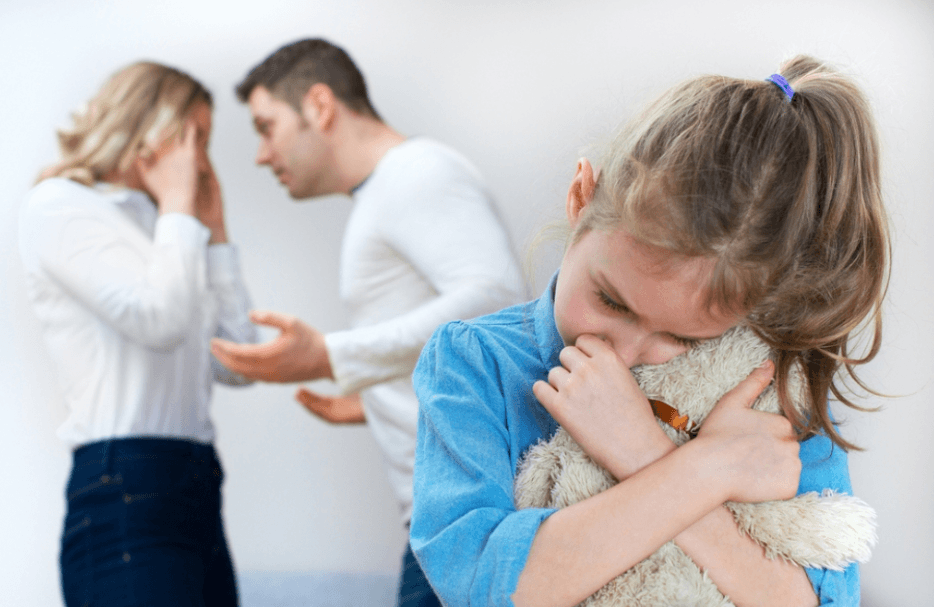 How to Help Your Kids in One of the Most Stressful Experiences: They Are Not Guilty of Divorcing Mom and Dad

Divorce in itself is one of the most stressful experiences for all parties involved, and certain bitterness, fear, uncertainty, anger, sadness are often the inevitable consequences of one end. Children going through the process of parental divorce are going through a painful experience, through an uncertain and turbulent period, which brings with it chaos and fear of the future.

According to Mirela Badurina,PhD, Director of BHIDAPA, a child who does not get a clear message from parents about the divorce and does not experience through experience that it is not her fault that Dad and Mom can no longer live together, that parents remain there for him and are available to him, can take on a sense of guilt and blame itself for a parent’s divorce.

-For example, as one child who for a long time had no information about parental divorce, came to us at BHIDAPA – Center for the Protection of Children, Youth and Families, and said: “It is my fault that I listened better to my mom and dad they would not divorce and would love each other more. ” With such a message that something is “wrong” with him, that he is guilty, that he is not worthy of love, the child goes on to life, which neither, I believe, the parent wants. The consequence is that such children quickly learn to meet the needs of their parents individually just to belong, and this is a dangerous way for them to lose themselves – said Badurina, Phd.

She added that research shows that children of divorced parents have lower scores in all aspects of personality (emotional, social, behavioral, academic and health), have low self-esteem, often a distorted image of themselves and to the world around them, they are more insecure, can often be targets of peer violence, have a lower capacity for self-regulation of emotions, so they are more irritable and impulsive, more prone to problems in relationships with others and themselves, show a decline in concentration and academic success and tend to become more likely ill.

– However, a number of studies have consistently shown that the level of parental conflict, not divorce itself, is the primary cause of negative consequences for children. That is why it is important to emphasize that parental conflict, and especially the testimony of children to domestic violence, and a sense of responsibility for their parents’ misfortune, are far more damaging to children than the act of parental separation. The adjustment of the child to the parents’ divorce depends largely on the relationship the parents maintain during and after the divorce. If parents continue the conflict and fail to put their partner problems aside and focus on building a parental relationship, then the needs of the child do not go to the fore. Unfortunately, then the child and it’s needs are not seen. It is important to know that a child whose parents are neglectful and abusive, never blames the parents for it, but blames itself. Also, children of preschool and early school age, due to misunderstanding, are more prone to self-blame and may feel guilty about their parents’ divorce – our interviewee explained.

Preschoolers are most vulnerable!

There is no age group insensitive to parental disagreement and divorce, but what research and clinical practice shows is that preschool children are most vulnerable to divorce, so that the negative outcomes of divorce are more pronounced in younger children.

– Thus, children’s reactions to parental divorce are different in different developmental age, for example, children up to three years of age often respond to parental divorce by regression, withdrawal, or may become more aggressive towards others, or completely disorganized, disturbed and panicked in separation situations. Preschool and early school age children are more prone to self-blame because of misunderstanding.Because of the developmental phase, egocentrism, and the “magical opinion that everything happens because of them,” they tend to feel guilty about their parents’ divorce. For example, “If it wasn’t for me, my parents wouldn’t have been divorced” – said Badurina, PhD.

She added that they often think that they can solve the problem, are more inclined to take sides, very often distract their parents with their own aggressive behaviors, are confused, emotionally disorganized, care for their parents, comfort them, show separation anxiety. 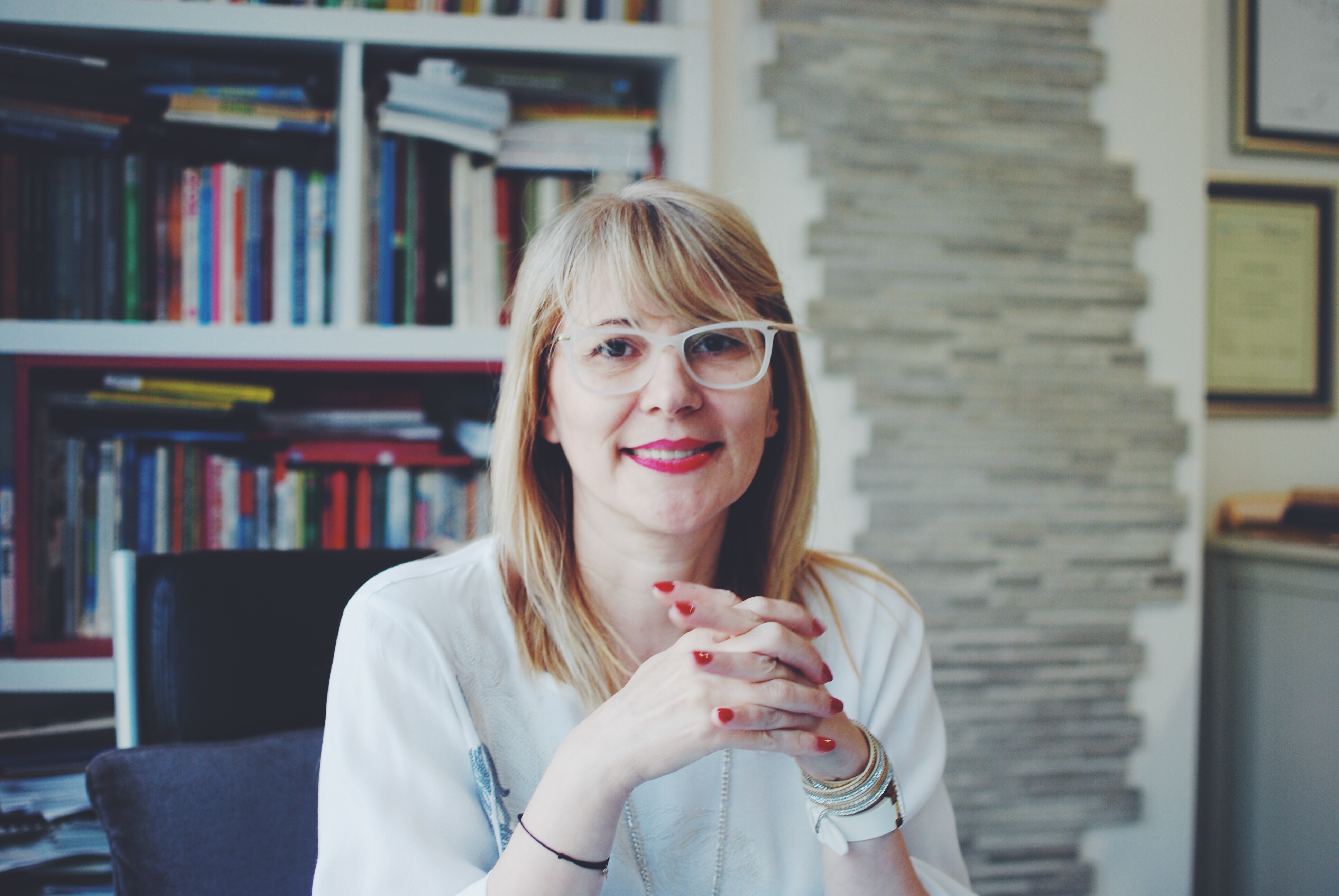 In school age, children often identify with one parent, develop depressive and anxiety symptomatology, especially if they engage in conflict, behave regressively, refuse contact with the other parent, often dissociate. Schoolchildren, as explained by a psychologist, have the ability to understand what is happening, but can not integrate the two opposite positions.

-Adolescents often take on the responsibilities of adults, take a stand on who is right and who is not, moralize, reject one parent, show interest in the previously rejected parent, and reject the other parent, show independence in communication with the other parent, have first love relationships by the influence of the parents’ experience – she pointed out.

The role of partners and parents

Badurina, PhD, states that increasingly in clinical practice, we are confronted with children who are at the center of a high degree of conflict in their parents’ divorce. These are most often parents who find it difficult to separate the partnership role from the parenting role.

– Unfortunately, not infrequently, we can see in one or both parents the presence of intense hatred for the partner and the need for revenge, which often causes children to be exposed to parental conflicts and at the center of their conflict. The most difficult question parents, members of the wider family, and even the profession ask the child is “Who do you want to live with, mom or dad?” This direct question, in itself, is precisely against the best interests of the child (Roje, 2019). The child needs and is entitled to both parents, has the right to express his or her will, desire and opinion if he/she wants to do so. Most often, the child will enter into an alliance with the parent on whom he or she is dependent or whose approval and love he wants to obtain, and not necessarily with the parent who is more sensitive to his or her needs, which is often not recognized by the institutions and profession – states our interviewee.

There are highly professional ways in which they are used, especially by educated child and youth professionals, to examine the will, desire and opinion of the child, which the Court, Social Welfare Centers take into account, but the final decision on who the child lives with is taken into account with all other relevant factors, when the parents cannot agree.

– Children should be made aware that there are adults who will carry the burden of responsibility. For example, telling them, “You don’t have to worry about it, adults will make a decision about it” and take away from them the huge burden of responsibility that we often, with this direct question, impose very unfairly. A child is half a mother half a father and if we speak anything against one parent we are actually directly abrogating one half of the child’s personality. The child identifies with the parents and thus builds beliefs about himself and the world, so it is important that the child has at least one part of the positive image of both parents, in order to believe that it is only good and worthwhile – explains Badurina, PhD.

Because of this, Badurina, PhD, points out, it is very important that parents keep an eye on what messages they send to their child while talking about the other parent. When a child grows up with the message that one parent is bad, does not care for him, does not love him, he often concludes: “I am bad and I cannot be loved”.

– Exposure to chronic, open, unresolved conflict between parents increases the risk of long-term difficulties in children (Amato i Booth, 1997; Kelly, 2000, according to Buljan Flander, 2019). What the child needs is protection from violence, the availability and care of both parents, if possible, a good relationship with the parents, the least possible parental conflict, parents who will reduce the existing conflict, leadership, structure and predictability. Parents should do everything in their power to cooperate with the other parent for the well-being of the child and to actively foster a relationship with the other parent and his or her family, except where the parent is objectively threatening the health, safety and life of the child. For example, if the parent is abusive towards the child, if the child witnesses abuse of the addictive substance or is a serious mental illness of the parents, then through complex professional multisectoral assessments a decision is made in the best interests of the child – she emphasized.

Parents should, first and foremost, take a moment to jointly present to their child their decision to divorce, to be honest, simple, to speak in a language understandable to the child, and to emphasize that it is not “guilty” of divorce, that mom and dad will no longer live together, but to remain together forever his loving parents who will care for him and be available.

– It is important that the moment when the parents tell the child together the decision to divorce should be such as to provide sufficient time for all the questions the child may wish to ask, and for the parents to be the support and security of the child for all his or her reactions. In order to provide the child with structure and predictability, parents should ensure that the child’s daily activities and rituals remain the same, ensure that as little change as possible in the child’s life happens.It is also the responsibility of the parents to make a decision as to where and with which parent the child will continue to live, to tell him or her, and to emphasize that this does not mean that the other parent is less fond of him/her and in no way transfer this responsibility to the child with the question: “Who do you want to live with? ” The child should be told that they will have another home where the other parent will live – said Badurina, PhD.

She added that we should not forget that the children of divorced parents almost always have a deep desire, regardless of the presence and intensity of the conflict, for the parents to reconcile and for the family to be together again. If this is not possible, almost all children say they want their parents to be friends, to make arrangements and not to argue.

– Thus, the formula for the good adjustment of the child to the new, and protection against the consequences of the conflict in the divorce for the children’s mental health, is the constant involvement and lasting availability of both parents and the cooperation of the parents regardless of how they feel about each other (Folberg, 1991, according to Buljan Flander, 2019) – concluded the BHIDAPA Director.